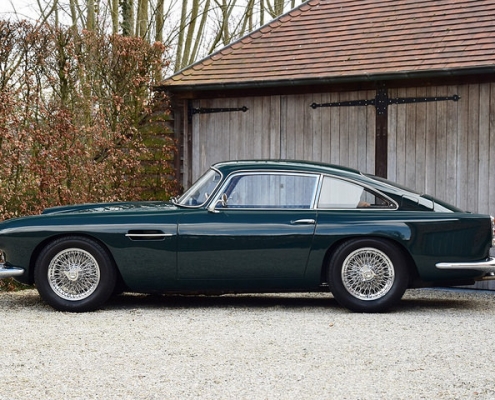 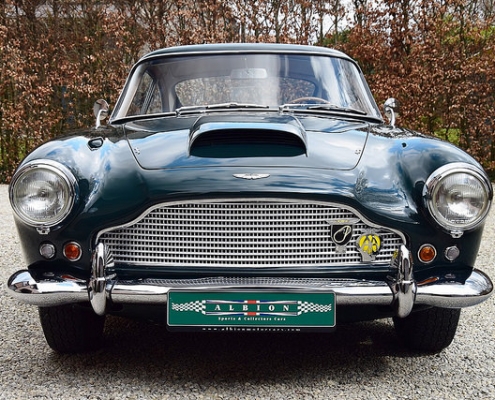 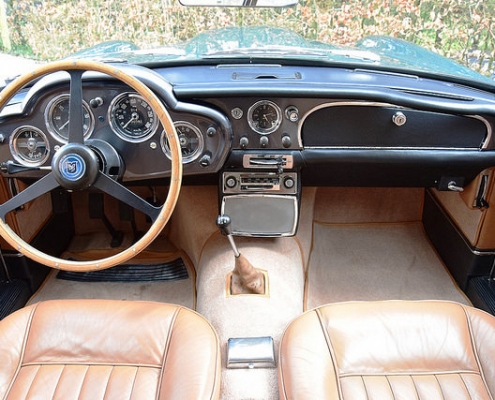 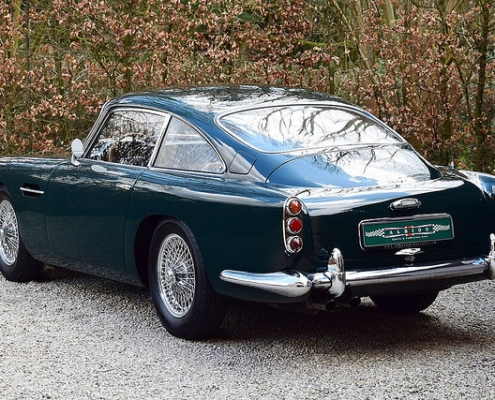 This lovely Aston Martin DB4 from the third series looks absolutely stunning in the great colour combination of Goodwood Green with Fawn hide. It is a four-owners car from new, with matching nrs and in very good condition. Delivered in the UK in 1961, where it had two owners in total. The car was sold in 1993 via The Autodrome to a German businessman who kept the car well maintained and had the engine converted to Vantage specification with triple SU carburetors. The car came to Belgium in 2013, and was then converted to LHD, although the original RHD dashboard is still with the car so it won’t be a problem to bring it back to original specification. The condition of this DB4 is still very good, as it was restored many years ago. The car is well documented with a lot of invoices and correspondence, going back as far as the early seventies. The mileage of approx. 64.000 km (40.000 miles) seems to be correct from new, as proven by many documents in the file.

The DB4 is one of the most elegant Aston Martins ever made, and with a total production of 1210 examples (of which 165 Series III cars like this one) a rare car. It’s one of the most iconic sportscars from the sixties, and seeing one on the road today is still as impressive as 57 years ago. Power, beauty and soul is a perfect summary for this great classic sportscar.