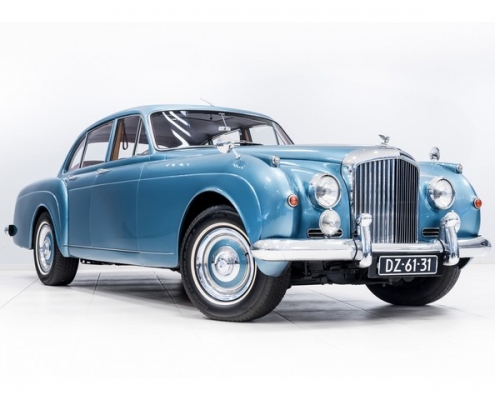 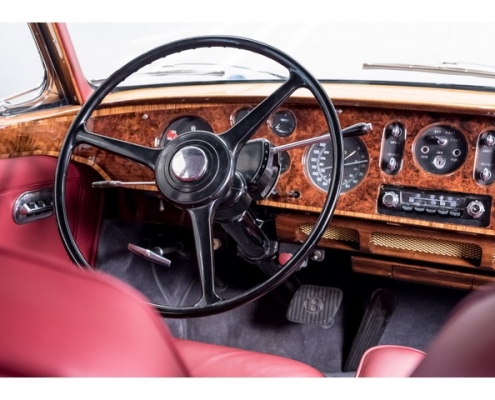 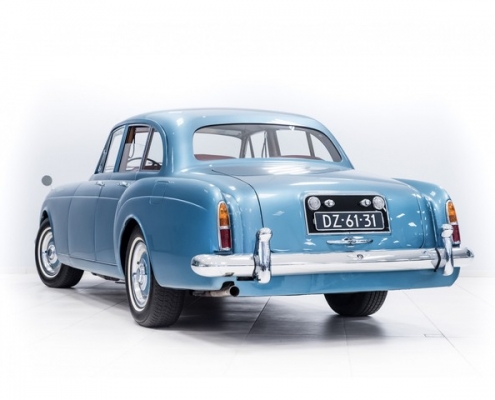 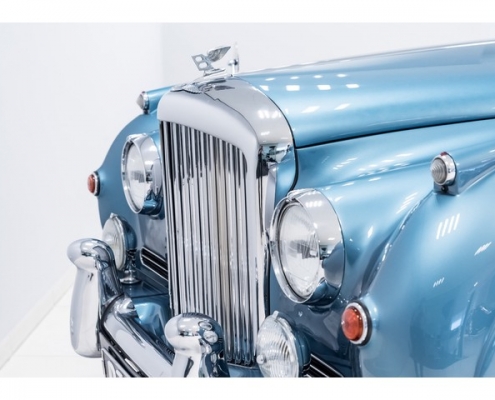 This Bentley S2 Continental features the elegant, H J Mulliner-designed, ‘Flying Spur’ four-door coachwork, and is one of 54 with left-hand drive out of 125 completed in this style on the S2 chassis. Rolls-Royce had envisaged the Bentley Continental as exclusively a two-door car, but late in 1957 the decision was taken to sanction the production of a four-door variation by H J Mulliner. Introduced on the S1 Continental and known as the ‘Flying Spur’, this design was a collaborative effort by Rolls-Royce’s in-house styling department and H J Mulliner, and bore a strong resemblance both to the two-door Continental and to existing coachbuilt four-door styles on Rolls-Royce and (non-Continental) Bentley chassis. The Flying Spur body style continued on the V8-engined S2 Continental and was revised to incorporate the S3’s four-headlamp front end following the latter’s introduction in 1962. To the Continental’s existing qualities of pace and elegance, the Flying Spur added four-door practicality, a more spacious interior and generously proportioned boot, making it even more suited to extended touring of far-flung destinations. Originally built for His Royal Highness Prince Varanand of Siam in 1960 for his Swiss residence, VIN BC92LAR was extensively restored by Dutch experts over a 20 month period between 2017-2018. This fine example fully matches all details from the original build sheet. The original factory colour ‘Light Blue Metallic’ stands out, especially thanks to the original Scarlet Red full leather interior. The well known Dutch interior restorer Cools was responsible for the application and processing of Connolly supplied new hides. The end result is stunning. The wood veneer has also extensively been restored by craftsmen. The extensive history file contains numerous invoices for work carried out by various specialists over the years, testifying to its previous owners’ fastidious approach to maintenance. A copy of the original Bentley build sheet is included. Also present: Original owner’s guide.