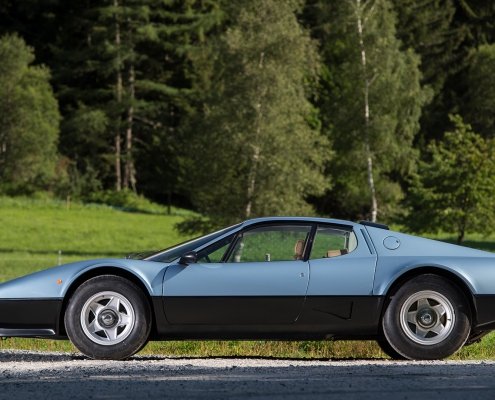 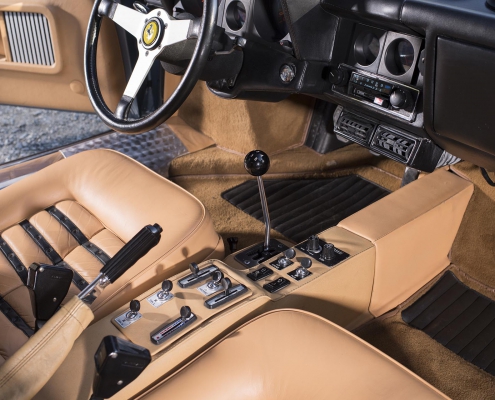 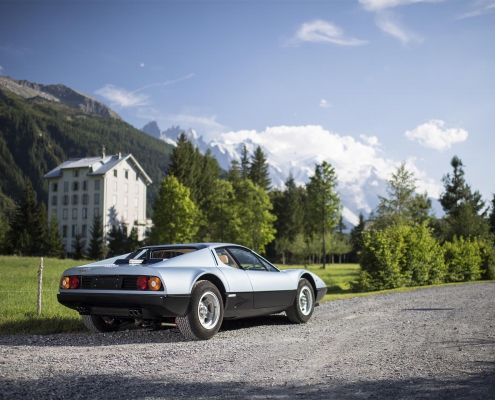 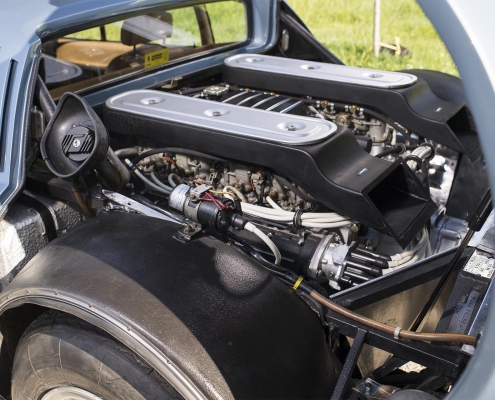 This Ferrari 512 BB is the first production model built. Originally completed by the Factory in August 1976, painted in Azzurro Metallizzato (106-A-32 Salchi) with Beige leather (VM 3218) interior. As this was the very first 512 BB off the production line, Ferrari was keen to present its latest and greatest to the world’s press and interested clients, and this car was first shown on the Pininfarina stand during the Paris Motor Show in October that year and was later displayed at Auto Becker, the Ferrari importer in Dusseldorf, to introduce the model to the German market. In December 1976 it was sold to SAVAF, the Ferrari importer in Switzerland, and prior to being presented at the 1977 Geneva Motor Show, it was repainted red. At the end of March 1977 the car was sold to Jean Denis Délétraz of Switzerland, and it is believed that he kept the car until 1987. Subsequently, this Ferrari changed hands again in 1994, where it was purchased by a Zurich enthusiast. In 2008 the car was acquired by a French Ferrari collector and registered in 2009. In 2010 the car was certified by Ferrari Classiche, confirming that it retains its original engine and gearbox. Subsequently, the owner decided to bring back this stunning 512 BB to its 1976 Paris Motor Show condition, repainting it in its original Azzurro Metallizzato body colour and also by commissioning a full engine rebuild by well-known Ferrari specialist Philippe Gardette of Auvergne Moteurs. The car is accompanied by a history file with invoices dating back to 1994, as well as a set of manuals and tool kit.

This historically important and highly desirable Ferrari 512 BB is offered in excellent mechanical and aesthetic condition, ready to be enjoyed by the new owner.