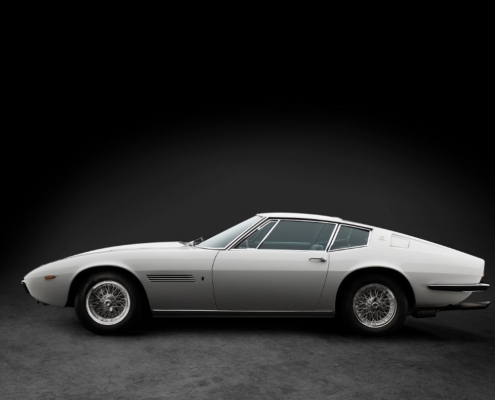 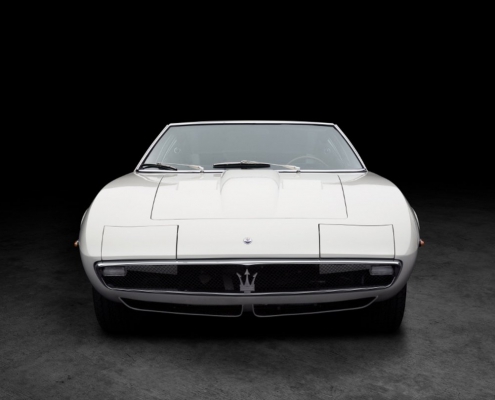 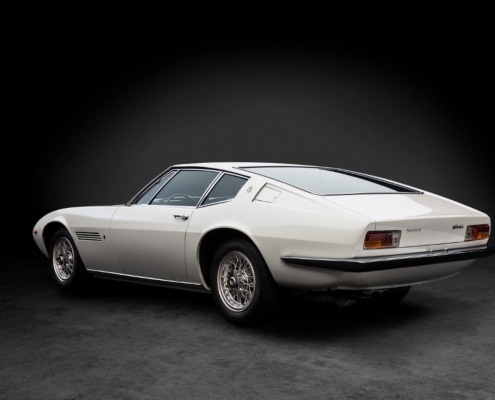 This early Maserati Ghibli (No. 66 of 1170 Ghibli coupés produced) left Italy in November 1967 and was delivered shortly after to Foreign Car City in New York. The car presents itself in a very rare but striking combination of Bianco Polo Park with a black leather interior and chrome wire wheels. First owner was Mr. Ron Roberts of Indianapolis until 1968. Second owner, Mr. Bob Carr, held it for 37 years until 2006. Then being purchased by Mr. Bill Oesterle, internet millionaire. Although the car was in a very good original condition he decided to let the car restored to make it better as new. What would follow is a classic but nonetheless mind boggling case of a restoration project gone wild. The restorers must have literally taken every nut and bolt apart because at a certain point they had amassed a whopping 1 million (!) dollars in man hours and parts. And this was after the body was painted but before the car was assembled again. Plenty of photos are available today of their meticulous work. Finally the project was bought by Tom Mertens, a civil engineer and former Belgian airline pilot in 2016. Spares and pieces in thousands of little plastic bags together with the freshly painted body were shipped  in a container to Belgium. It took months of assembling the car and putting it back to a  perfect puzzle. The final result is just breath-taking. The Ghibli is simply stunning in its lovely patina. The mechanics and body of the car are better than new, and it drives as a true Ghibli should. It is a matching numbers car and has the Maserati Classiche documents.