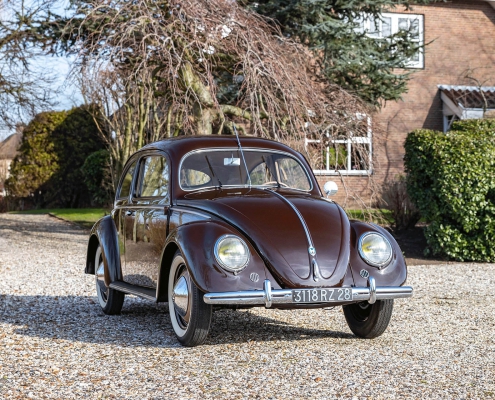 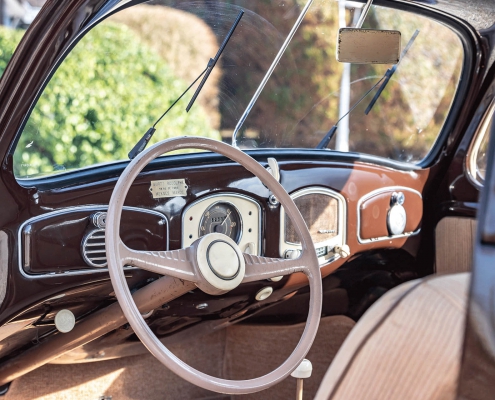 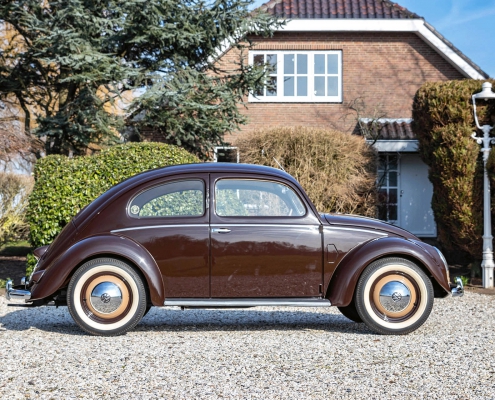 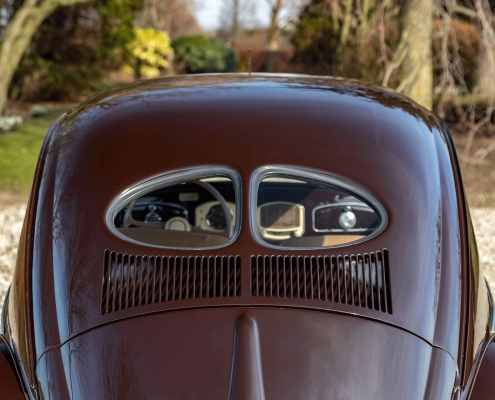 On Wednesday February 13,1952, this Volkswagen Beetle was delivered to its dealership in Casablanca. One month later, the car was bought by a Mr Rodolphe Wurtz, a resident of the UNESCO world heritage site Meknes. A plate attached to the dashboard indicates Mr Wurtz was living at the Boulevard de Paris. Little is known over this Mr Wurtz, but buying a brand-new car in Meknes meant something. When he moved to France a few years later, he imported the car into France.

This Volkswagen Beetle was featured in the French magazine “Retroviseur” in January 1990. A copy of this magazine is available with the car. With the car we have its original manual and some service records. An original Telefunken radio is fitted to the car and so is an original toolkit. The car has the original 1100cc engine. The last owner bought this car 30 years ago and she was part of an interesting car collection, used sparely for some local events. The car is in pristine condition and ready to be enjoyed. Currently the car comes with French registration papers, but we can change this easily to a registration for The Netherlands or Germany.